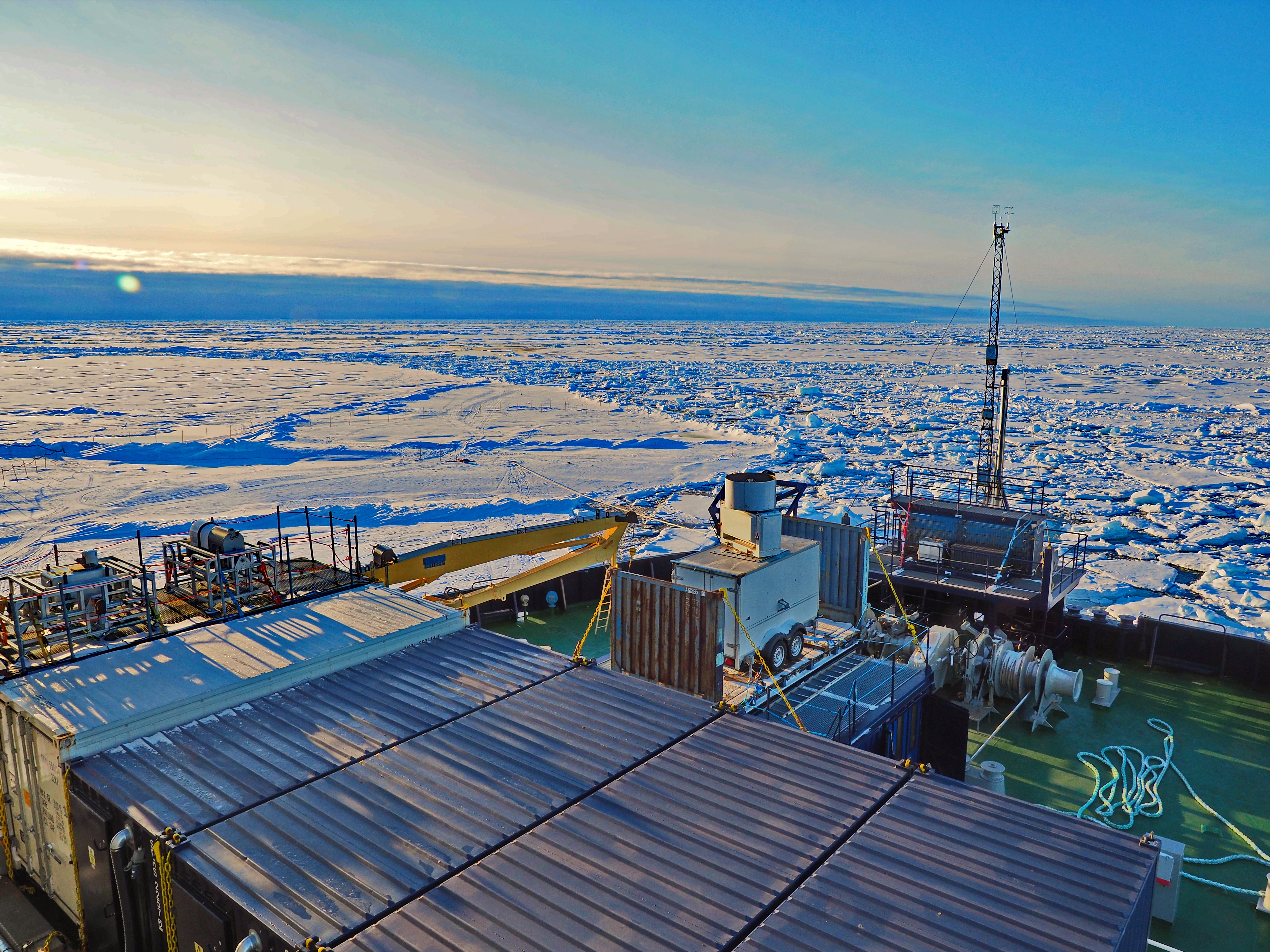 Foredeck of Oden showing instruments we use. To the left, a scanning lidar and a microwave profiler. In the middle a scanning cloud radar and to the right the foredeck mast with instruments at the top. Photo: Michael Tjernström

Arctic climate is changing faster than elsewhere, and climate is the average of the weather. Weather is made up of processes in the atmosphere on scales from meters to hundreds of kilometers, and understanding these processes improves understanding both of Arctic climate and its weather. Ultimately, how the air moves and transforms over the Arctic determines the formation of clouds, modifying the surface energy budgets that determines how the ice moves, melts or freezes.

Atmospheric observations are very sparse in the Arctic Ocean and one aim of the Arctic Climate Across Scales (ACAS) project is increased capacity to observe the Arctic atmosphere through developing observing platforms for semi-unattended use on the icebreaker Oden. The main targets of ACAS were to observe the lower troposphere’s vertical structure, the part of the atmosphere closest to the earth and what happens there. The project has emphasis on clouds, and the exchange of heat, gases and momentum at the surface, using in situ and remote sensing instruments. ACAS also collaborated with the Polar Prediction Project’s “Year of Polar Prediction” (PPP/YOPP), internationally sharing observations in near-real time to improve weather forecasting. 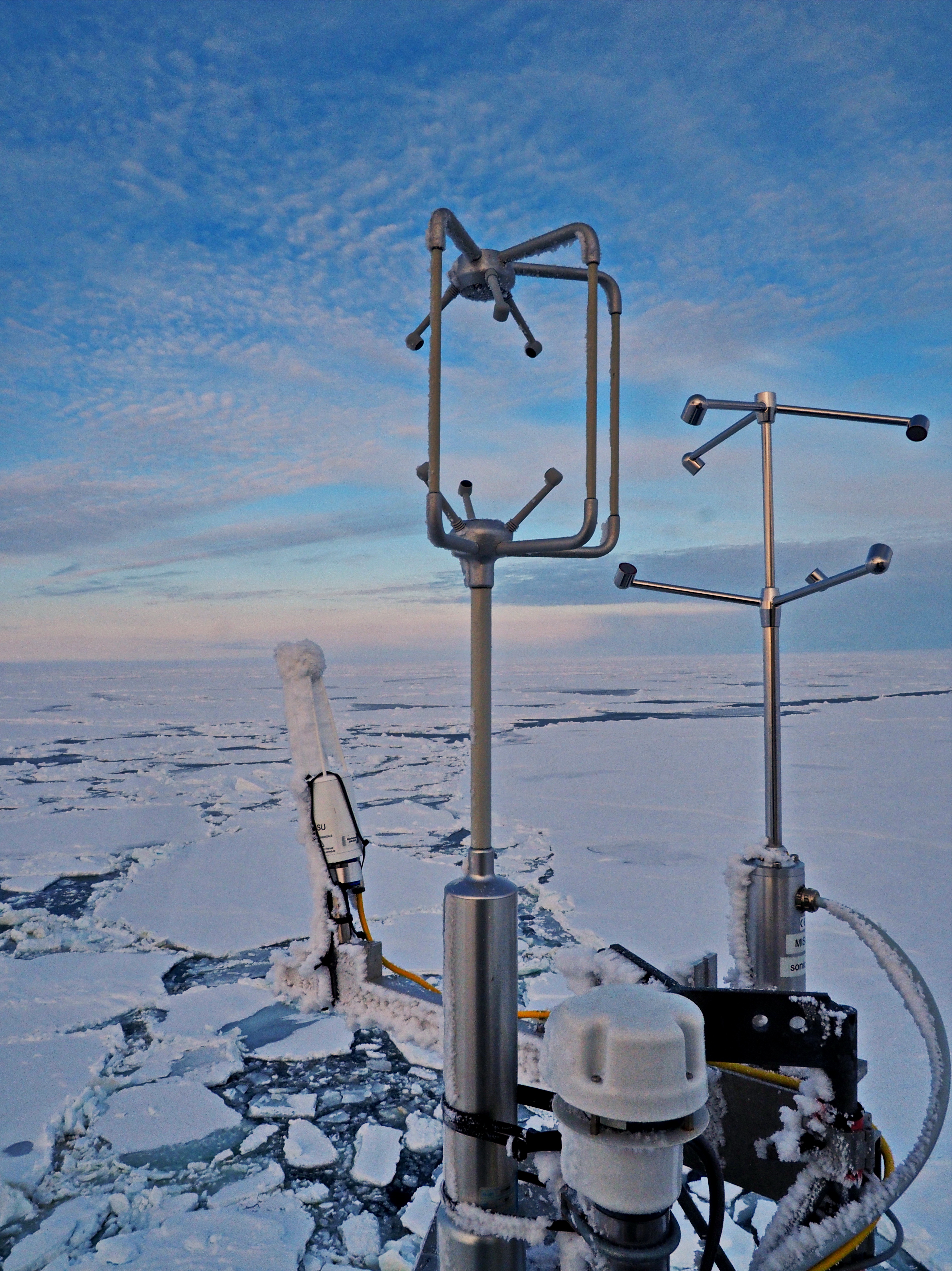 Close-up of the mast instruments with sonic anemometers and a water vapor/carbon dioxide analyzer for turbulent-flux measurements. A similar set of instruments was deployed on a small mast by an open lead. Photo: Michael Tjernström

We followed the development of the surface energy budget from the seasonal melt into the freeze-up that we determined started at the beginning of September. Our first results show how – counterintuitively – the surface loses energy and the temperature drops as clouds dissipate and solar radiation increases, due to the effects of the clouds on the thermal radiation. 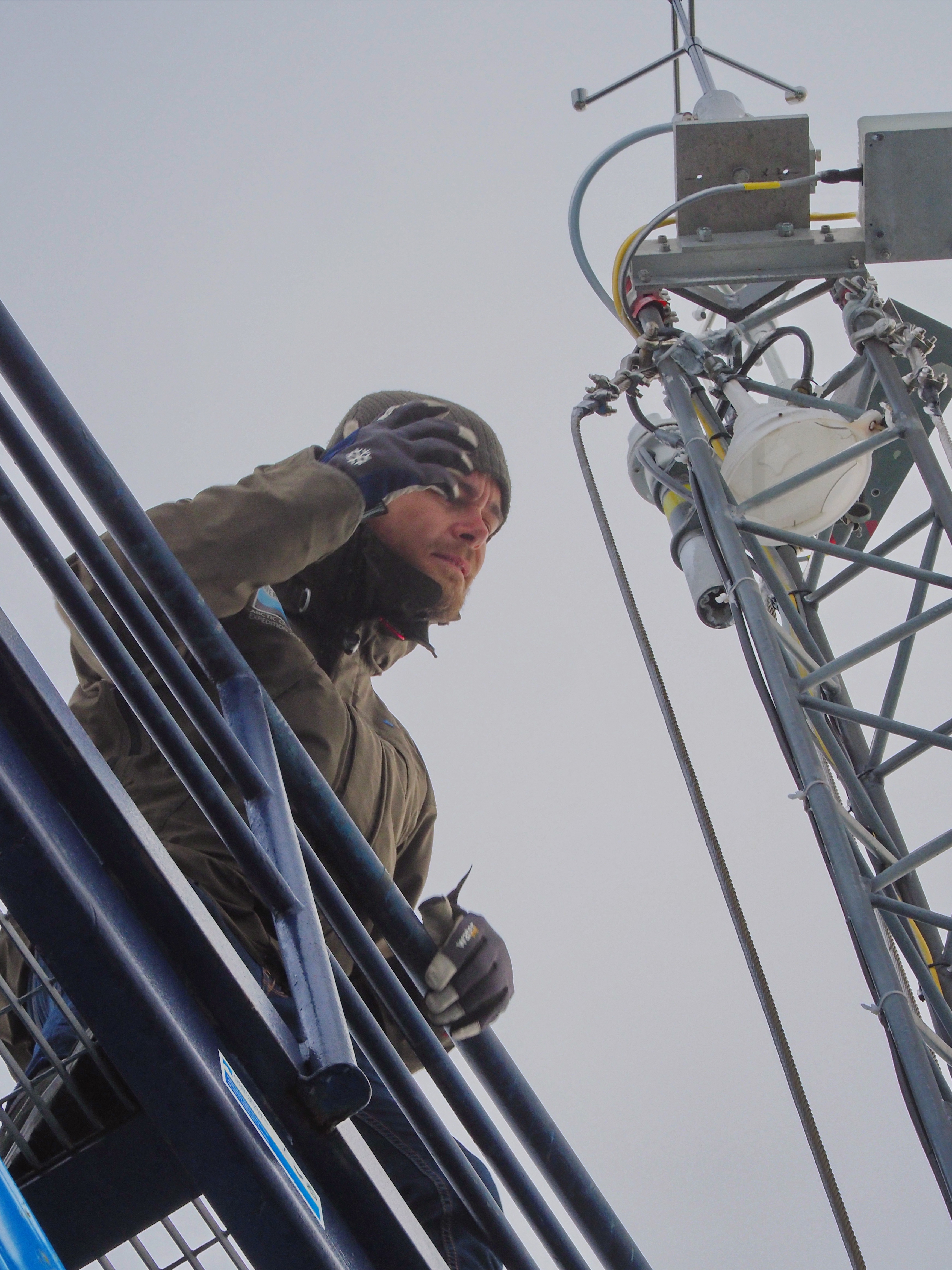 John Prytherch attending to the instruments at top of the mast using the lift mounted behind the mast. Photo: Michael Tjernström 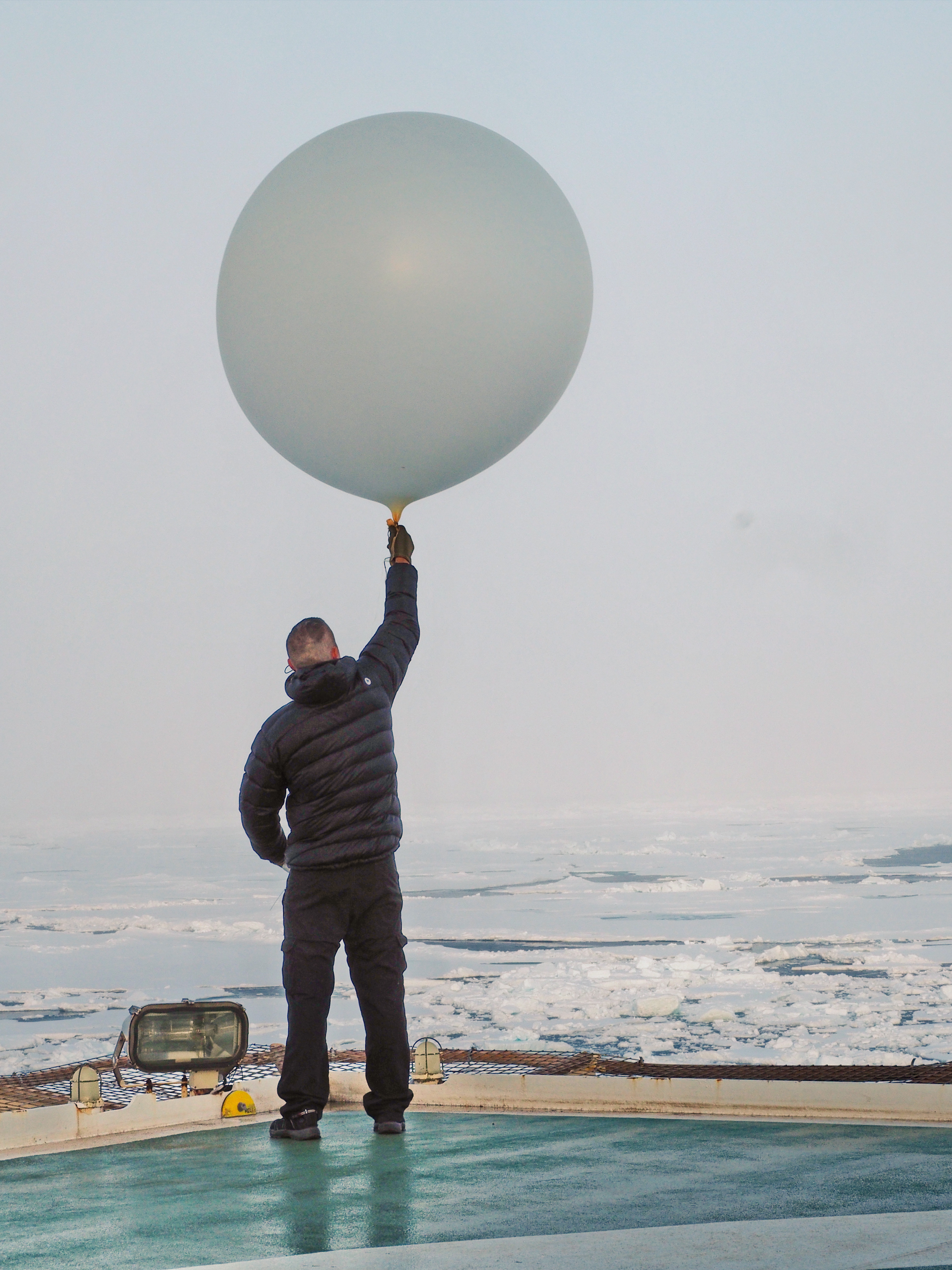 Expedition meteorologist Nicke Juuso helping out with the sounding balloons, released every 6 hours from the helipad. Photo: Michael Tjernström