We left Longyearbyen on 1 August after doing a postal voting procedure for the Swedish general election in September. In relatively good weather conditions, we reached our first ice station at the ice edge 3 August. The researchers had asked for a research station in the zone where open sea passes into a fixed sea ice, the so-called Marginal Ice Zone.

The definition of the Marginal Ice Zone, MIZ, is that there is about 10 percent ice coverage. This is an important reference point for many of the projects focusing on the importance of sea ice for cloud formation, and the processes that control the gas-exchange between water and atmosphere. In the MIZ three CTD casts were made to collect water for various measurements, analyses and experiments while a 24-hour air measurement station was running.

From the ice edge we traveled north to the North Pole. In order to measure the air masses that have traveled across the clean Arctic Ocean, we want to get north of the air currents that transport air from over Russia with anthropogenic emissions. We are looking for a sufficiently large and stable ice sheet that can hold us for five weeks for stationary research in order to minimise Oden’s emissions by turning off all main engines.

On Sunday 12 August, we reached our northernmost position at the North Pole and collected water, drilled ice cores, and made air measurements. With the helicopter’s help, we are looking for a fairly large ice floe with the right ice composition, a manageable distance between the various potential research stations, and the ability to moor Oden in two alternative wind directions.

As soon as we find the ultimate ice floe, we will start mobilising the different research stations. The most urgent thing is to start the measurements in the so-called Open Lead, a larger run of open water, focusing on measuring the process when bubbles in the water rise to the surface, burst and release different gases into the air. We expect that the open water will begin to freeze around 1 September, and therefore these measurements are prioritised at the beginning of our work. 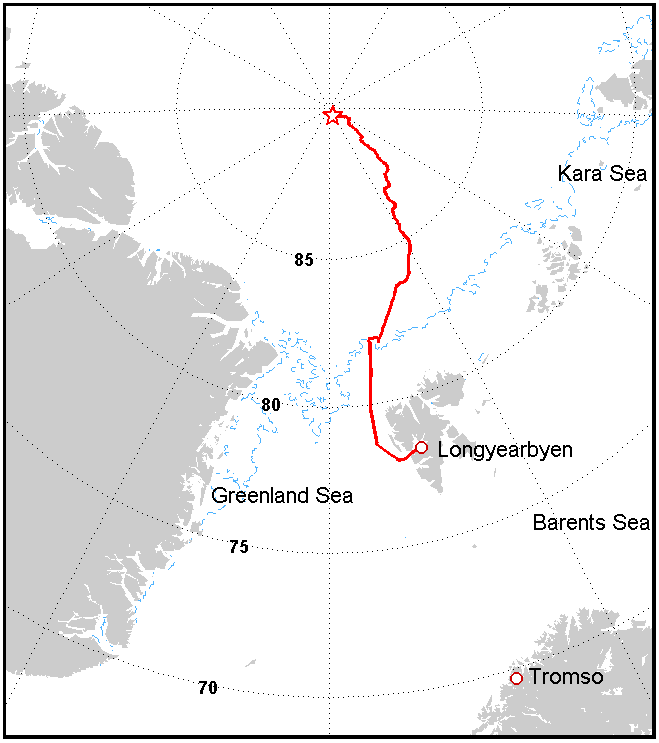